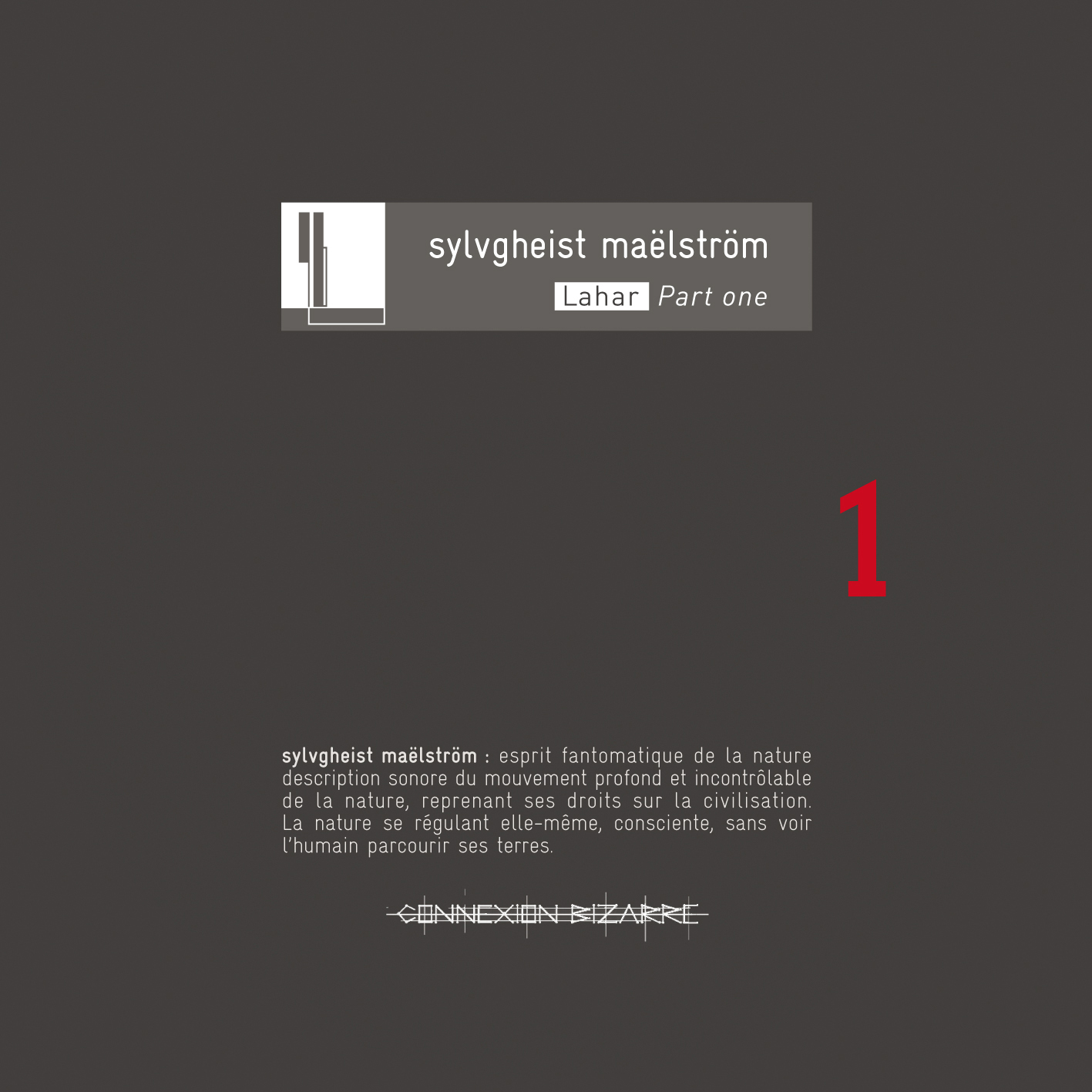 About the artist
Sylvgheist Maëlström was created in 1995 by Julien Aylvgheist a.k.a. Sylmalm.
At the first beginning, the idea was to link death metal and Industrial music but, over the time, it has mutated into industrial minimal ambient. Atmospheric sounds are built from dully and jarring slicks. Minimalism and repetition are principles and functional systems, close to industrial design.
Working with few sound elements, composition is outside melody. The aim is to build and to give fullness to the sound, to take listeners towards hidden mental spaces. Finally, rhythm integration in these deep surroundings manipulate the set to an industrial trance, always developed with progressive collage sounds.

About this release
"Lahar Part One" is the evocation of the Mount Saint-Helens event, (18th in may 1980, 08h32) where a huge and massive volcanic material earth movement (a Lahar) has destroyed human civilization in Washington state.
The concept is to describe as a sound, the deep and uncontrollable movement of nature.

Credits
All tracks originally written and produced by Sylmalm
Composed between 2000 and 2010
Recorded during August 2010 in Paris.
Mastered by Herman Herman Klapholz (Ah Cama-Sotz)
Artwork by Mathieu Orioli : massen_grab@yahoo.fr
Web by Am∈
Images by Harald Finster, Bertrand Robion and Sylmalm

Released in November 2010 on Connexion Bizarre netlabel.
"Lahar - Part One" is NCB024

"Lahar Part" is also available as CD from the artist (https://www.sylvgheistmaelstrom.com/).

Uploaded by Connexion Bizarre on November 1, 2010